Who would want to write unrealistic fiction? Romance? Paranormal?

Congratulations to “Bn100”, the winner in Jillian’s giveaway. Thank you to all who participated!

Yours truly NEEDS to write.

Just so you understand, my head hurts. Here’s a window into my real-life world as a doctor. I completed 24 office notes yesterday, where the writing went something like this:

“Patient states back pain and hip pain. Sx for years, but worse w/ recent fall from porch while drinking. In ER, no broken bones, pt given hydrocodone w/ some relief. Pt states joint pop and crack. No FH of RA or ankylosing spondylitis. Exam: al, or, NAD M/S: mild OA changes diffusely w/o acute joint effusion or erythema, pain on FROM of hips and knees and decreased flexion of the back w/o lordosis or acute bony process identified, + paraspinous muscle tightness noted, Neuro: gait sl antalgic owing to back pain, no focal neuro deficits.” And on it goes.

Then I get home and try to produce fiction. Writing romance after a day of medical documentation feels like driving your car on the interstate and throwing it into reverse at 60 mph. The creative writing goes something like this:

“Mildred’s stiff, swollen fingers deviated away from the thumbs, her knuckles red and puffy. Hannah gingerly knelt before her, rubbing her fingertips over the ropey veins and swollen joints. Bones jutted from beneath tissue-thin skin. She clenched her jaw as Mildred’s arthritis pain slammed into her own hands. Hannah’s hands contracted into stiff claws as the fingers bent in awkward angles. Shooting pains into the smallest finger joints brought her to tears. Even Hannah’s knees, hips, and shoulders began to swell and grind in the sockets.”

Because there’s another part of my brain that needs to be let out to play. That creative part of my mind has been sleeping since so many years ago when I g 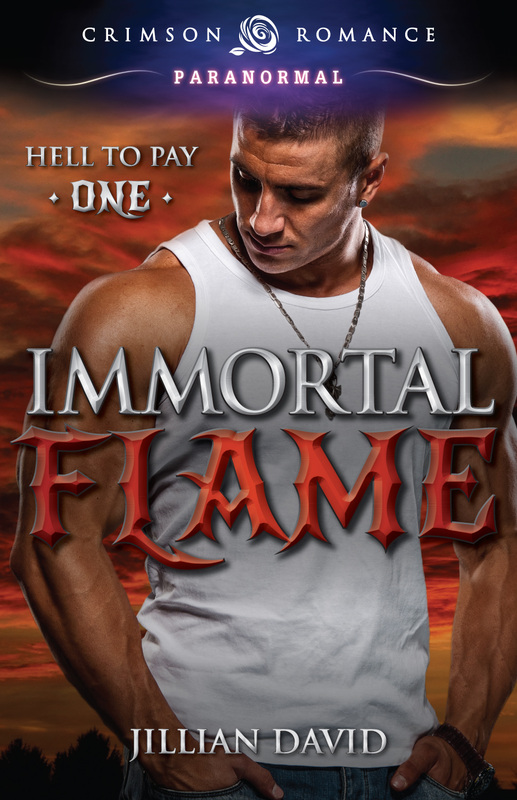 raduated with a poetry writing major from college and then entered medical school. Boom. Creativity suppressed. For 20 years.

It’s time. Time to switch gears. Time to bring those 20 years of human experience, fascination, horror, and hope to join the waiting ideas. It’s time to let out the 20 years of fear and pain, of exhilaration, and create something…more. Create art out of human struggles and pain.

The Hell to Pay series doesn’t dip a toe into the human condition – it dives in headfirst. Funny, when you consider it’s paranormal romance. How unrealistic, right? Nope. These characters represent how I wish I could be as a physician and as a human. These scenarios depict the numerous ways the human body can be broken, and the triumph of the human spirit over physical and emotional (and superhuman) challenges.

When I wrote Relentless Flame, I had been thinking about two things. First, how awesome would it be if I could heal my patients by simply laying my hands on them? How many times, with that sick kid struggling to breathe at 3am, did I wish I had this power?

Second, I spent 6 years as the only SAFE (Sexual Assault Forensic Examiner) medical provider in the rural county in which I lived. I thought I knew all about how humans could hurt one another. I knew nothing. In those 6 years, I learned more about how people could hurt each other than I ever wanted to know.

So, my own selfish desires to heal and those experiences witnessing the pain after sexual assaults, created the kernel of the Relentless Flame story. Then I threw in a bunch of “what ifs.” What if I combined Hannah’s history and power with the Indebted eternally cursed killers? Would her power be a threat or an asset? How could she and Dante (the Indebted killer) escape a more powerful foe and still survive?

And the biggest question: just how much could a human body take…and still survive?

And that piece of my mind that wants to write, that’s begging to come out and play? She’s freer now after Relentless Flame! 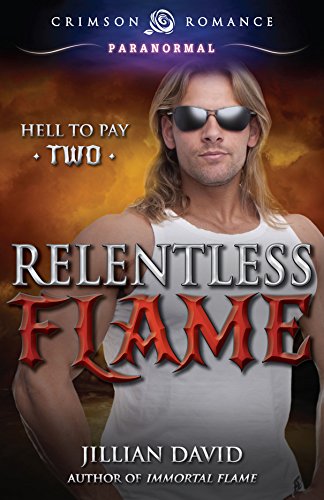 Immortal. Colossal. Suave. Indebted killer Dante Blackstone has the world at his feet. Every vice, any desire, is his for the asking – until he finds the one person he cannot have: one sweet, diminutive woman who could bring about Dante’s destruction.

Despite her supernatural ability to heal others, a devastating act of evil has left Hannah Miller broken in body and spirit. As she rebuilds her life while on the lam, a not-so-chance meeting with Dante chips away at the walls surrounding her fragile heart. But before their fledgling love can take flight, Dante’s boss sends an evil minion with one mandate: Eliminate Dante’s new reason to break his eternal contract.

As they fight to survive, Hannah’s amazing gift gives Dante one chance to save them both from the vicious minion. How can any love survive eternal hell and annihilation?

The answer lies in Dante’s inferno.

Jillian will offer 3 digital copies of the FIRST novel in the Hell to Pay series, Immortal Flame to three lucky commenters or email entrants.

Jillian David lives near the end of the Earth with her nut of a husband and two bossy cats. To escape the sometimes-stressful world of the rural physician, she writes while on call and in her free time. She enjoys taking realistic settings and adding a twist of “what if.” Running or hiking on local trails often promotes plot development.
She would love for readers to connect on Twitter @jilliandavid13 or on her blog at http://jilliandavid.net. Readers are always welcome to email her at jilliandavid13@yahoo.com.

Giveaway ends 11:59pm EST May 1st. Please supply your email in the post. You may use spaces or full text for security. (ex. jsmith at gmail dot com) If you do not wish to supply your email, or have trouble posting, please email maureen@justparanormalromance.com with a subject title of JPR GIVEAWAY to be entered in the current giveaway.