FALL OF A BLOOD MOON

FALL OF A BLOOD MOON 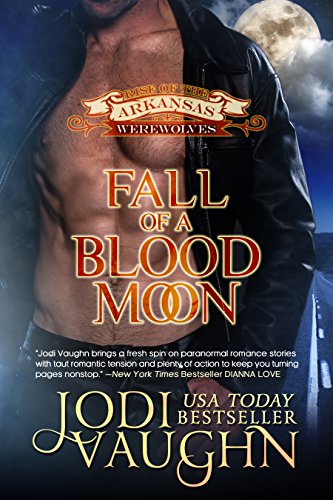 (RISE OF THE ARKANSAS WEREWOLVES Book 7)

Years ago, werewolf Jaxon Taylor had his heart and his future shattered by Ginny Wilson, the love of his life. Since then he’s learned to protect his heart behind a mask of seductive smiles and one night stands when it comes to females.

But when a mission from his Pack Master of Arkansas puts him in the path of his lost love, he vows to get the answers he deserves.

Ginny’s life was forever changed when her evil father, the Pack Master of Louisiana forced her into a marriage for his own personal gain.

When fate puts her and Jaxon together one last time, she tries to keep her distance, knowing they can never be together.

Impending war between the Packs….

When Jaxon discovers the dark secrets of Ginny’s past he realizes how much danger he and his Arkansas Pack are truly in.

Will they be given a second chance at love or will their love destroy everything around them?