As a Christian and a believer in extraterrestrials, I wanted to write a novel about some kind of divine or intellectual race of beings who help humans evolve.  Are angels and aliens one in the same?
We’ve all heard about UFO sightings, alien abductions, burnt crop fields, and cattle mutilations.  Roswell, New Mexico. and Area 54 are the meccas of American X-files.  Bright discs are seen everywhere around the world.  What does the Bible have to say about extra-terrestrials?  Were things so different three thousand years ago?  Or are we just using a different vernacular? 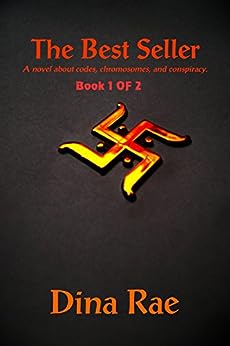 Anyone who has ever picked up the Bible knows the story of Noah and the ark.  God chose him and his family because they were ‘pure’ (Genesis).  The question is pure heart or pure bloodline?  Angels mated with women back in those days, producing a half breed called nephilim.  These beings were described as giants with superhuman powers.  Could the nephilim be an old version of modern day aliens of a mixed race or even early attempts at genetic modification?  Was Noah and his family the last ‘humans’ left of the human race?
Angels and aliens are always described as glowing with light.  Ezekiel, an Old Testament prophet, vividly describes a spaceship in his book.  Ezekiel 1:16: “The appearance of the wheels and their work was like unto the color of a beryl: and they four had one likeness: and their appearance and their work was as it were a wheel in the middle of a wheel.”  Many Ancient Alien theorists use this passage as documentation of Ezekiel witnessing a spacecraft landing on earth.  The description of the wheel is definitely futuristic.
Enoch’s writings about angels were controversial enough to be edited out of the Bible.  More of his writings were found in the Dead Sea Scrolls.  He regularly communicated with angels and ascended up to Heaven to speak with God on behalf of their shortcomings.  Possible abduction?  Genesis 5:24 clearly states that Enoch “walked faithfully with God; then he was no more, because God took him away.”
Did angels or aliens come to Earth to show mankind technology and weapons?  One of the Bible’s biggest examples of this, at least according to Ancient Alien Theory, is Lot’s wife.  Genesis 19:26 says, “But his wife looked back from behind him, and she became a pillar of salt.”  Lot and his family were warned not to look back.  We know now that nuclear blasts leave salt.  There are large salt contents all over the Dead Sea to suggest that there was once an ancient nuclear explosion.
In the Bible these beings appear to prophets, kings, and every day people.  In modern day many geniuses such as Tesla and Da Vinci claim that brilliant ideas just popped into their heads.  Some alien believers call these moments of greatness part of the Akashic record.
Whatever you believe, angels or aliens were definitely here thousands of years ago.  Our history books only tell us bits and parts of our past.  The Best Seller, my new sci-fi novel, uses ancient alien theory, New World Order, Nazi conspiracies, and aliens to weave an entertaining tale that will leave you wondering about our collective past.
The Best Seller (Solstice Publishing, May 31st, 2016)

When Maya Smock writes her first novel, everything seems to go her way. Her book practically writes itself. She marries her gorgeous agent. Her name is on all of the best seller lists. Billionaire author Jay McCallister takes an interest in her meteoric rise to fame and invites her into his world of alien-believing celebrities. Her life changes forever when he tells her that they were both created inside of a laboratory. These authors are embedding an alien genetic code within the pages of their novels that originated from Nazi Germany because…
The time has come. They are here.
AMAZON
Book Trailer: https://www.youtube.com/watch?v=JQER8wJmaf8
http://dinaraeswritestuff.blogspot.com/
@HalooftheDamned
FB: https://www.facebook.com/DinaRaeBooks/
Excerpt:

Summer of 1947
The general’s most trusted airmen arrived at Broom Lake with four coffins from Roswell, New Mexico. The men knew what was inside of the coffins and now knew the location of the base’s underground laboratory. They followed the general to the hidden entrance inside of the largest hangar and then entered the cargo elevator, descending one hundred feet into the earth. The doors opened into a secret world.
General Robert Andreas watched their poker faces and looked for fear, or worse, overwhelming excitement. Were my men future blabbermouths? Would one of them be tempted to talk after too many drinks or discuss the Air Force base’s secrets to family while on a deathbed? No, he thought. My men are loyal. We survived hell. After Dachau, almost everything had lost its shock value.
Broom Lake was a sleepy, tiny airbase in Nevada. The site held three dirt runways. Its location and obscurity made it ideal for artillery and bomb practice. Pilots also used the base for aviation drills.
One enormous hangar sprawled out in the middle of the base and two smaller hangars were on the far south side of the lake. Andreas knew there would soon be expansion. The laboratory was new. More runways, hangars, and housing were in the works. He wondered what his new budget would be now that he was in possession of four aliens.
The general’s airman set the coffins on the long table placed in the center of the laboratory. He would not take his dark eyes off of Jaeger. The doctor’s beady, glacier blue eyes almost looked warm and kind. He laughed and smiled and then smiled and laughed, while pacing laps around the table.
“What in God’s name? Sir, I mean General Andreas, are they like what I described? Like in Germany?” Doctor Jaeger asked. His English was flawless, but the general could still hear a faint trace of a German accent. He stared in ecstasy at the four child-sized coffins.
Jaeger was technically part of a post-World War II operation called Paperclip. Andreas brought the doctor back to the states, had his name changed, and then built him the laboratory. Six months later, Andreas finally got around to asking for permission. This bold move didn’t endear him to the brass, but his ideas on how to use the doctor for America’s advantage did. The doctor’s expertise in genetics had ultimately swayed the higher-ups to grant the general possession of the alien bodies and space craft for research.
“These things inside the coffins…” The general paused and tapped on one of the coffins. “We found them outside of Roswell. Go ahead. Open them up. Let’s see if they jog your memory.”
2017-07-28
maureen